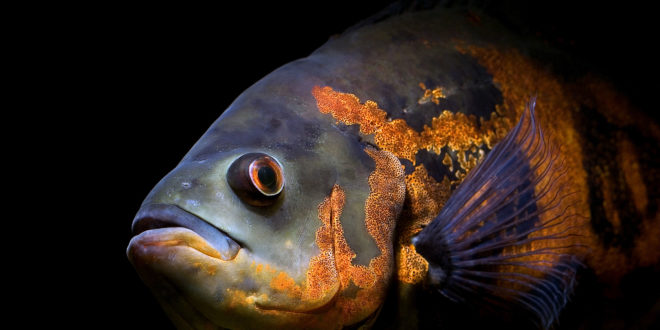 Oscar Fish care guide | Facts about the Oscar Fish and Fishes information.  Fish is a species that belongs to the cichlid family. Some people also refer to this species as Tiger Oscar, Marble cichlid, or Velvet cichlid. Even though this is from South America, you can see them in general at your home aquariums too. It has become a worldwide marine pet.

The appearance of the Oscar fish varies depending on the place where they live. Wild Oscars have different colors and do not reach the size of the one in the home aquariums. They generally have grey or dark brown shades along with yellow and orange patches across their streamlined body.

In-home aquariums, breeders have developed a variety of colors. The primary color is similar to the wild one but with an orange marbling across the body. Breeders have acquired some solid coloration like all black and albino. Interesting Facts about the Oscar Fish

These fish can be spotted in many home aquariums worldwide. They are unique as:

The oscar fish mainly lives in freshwater habitat in the wild. They mostly live in streams and rivers where the water flow is slow and clear. They mainly forage in muddy or sandy bottoms.

These fishes need large aquariums for several fishes as they are relatively large.

Oscar fish lives in a portion near Central and South America. It is primarily found in the Amazon river basin but they can be found in Peru, Brazil, Columbia, and Ecuador. These fishes are also released by humans outside their native range. The impressive population of the fish lies in Asia, Australia, and Florida.

Diet of the Oscar Fish

They exist as omnivorous in wild habitat and feed on both aquatic plants as well as animal matter. Invertebrates and other small creatures are often part of their diet. Some common diet creatures include shrimps, clams, insects, etc.

They mostly forage at the bottom of the streams and rivers. When they come in contact with a suitable prey they hunt them with the help of suction.

Frequent interactions are noticed between oscar fishes and humans. These cichlids are the most popular species among all.

Does an Oscar fish make a good pet?

Oscar fishes are popular among people for captive breeding but the main question is how good are these fishes as pets. The answer to this general question is yes. Although, you should always purchase captive-bred pets.

Human has not domesticated this fish in any way.

They require plenty of space in the aquarium as they grow large. Further, these fish mark territories which makes it necessary to provide large aquariums to minimize conflicts. Commercial fish foods, carnivorous fish as well as worms, insects, and crayfish can be fed to this species. Read more.

The Behavior of Fish

Oscar fish is protective and bounds its territories not allowing other fishes to enter. individuals spend most of their time patrolling their territories and hunting at the bottom of streams and rivers in muddy water.

Oscar bred with one partner only in a season and both guard their territories aggressively. They spend a lot of time in finding the perfect spot for spawning and thoroughly clean the area before laying eggs. Females lay the eggs on a plain surface while males fertilize them. A female oscar can lay approx 1600 eggs on an average depending on her age. The eggs require 2-3 days to hatch. The fry lives with their parents for 8-12 months of age.

Oscar is mainly of three types: Tiger Oscar, Red Oscar, and Albino Oscar. Apart from these common types, there are many other crossbreeds. For Example Lutino Oscar, Lemon Oscar, and Yellow Oscar, etc.

Three major types of Oscar are stated in detail as follows: 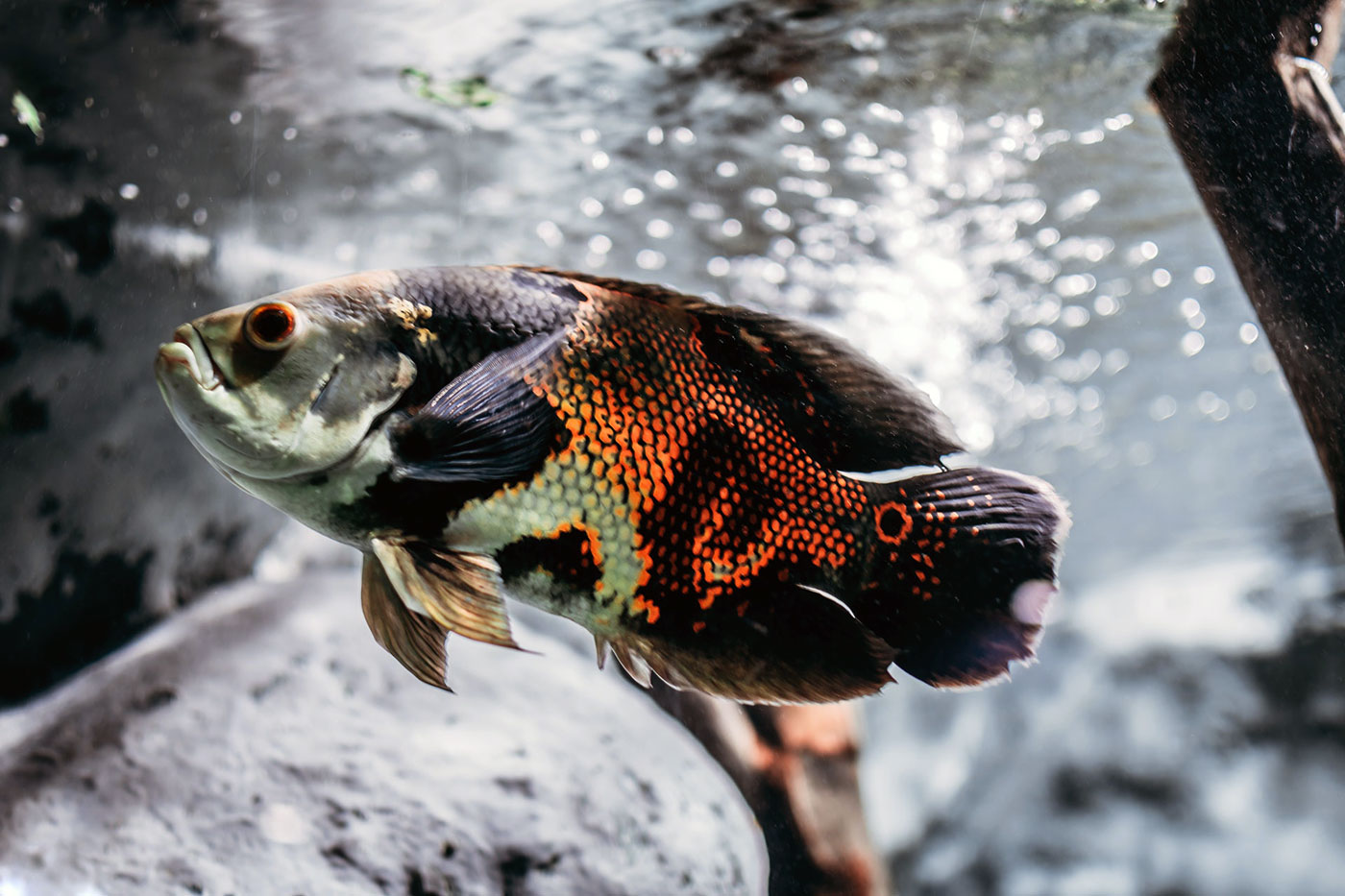 Tiger oscar is considered to be the original Oscar fish. They have a grey base with orange and crimson markings on their body.

They are known as the wild Oscars which are used to create many other breeds. These fish are pure breeds and have no abnormality. They are very good as pets and possess the true behavior and characteristics of the Oscar. Red is the main color of the Oscars,  in the shades of red as deprived in its name such as deep red, bright red, rusty orange, etc. They lack the marking or the patchy spots which are found commonly in the Tiger Oscars.

Red Oscar and Tiger Oscars are among the most popular and readily available fishes in the market.

The red scales of these fish sometimes blend with the colors and gives them a velvety look making them look magnificent and attractive. As the name articulate, Albino Oscars are white in color. They can be found in a combination of red and orange but usually, their base remains white in color. Although they look different from the other types, they are true in their breed and habits. The look velvety in color with their shiny white scales. You can identify the real albino with its white base coat and red eyes.

Apart from these common types, there are many other crossbreeds of the Oscars:

How to care for Maltese dog,  Ragdoll Cat Breed information, How to care Bullmastiff Dog.